Detailed explanation of the mean and quantile-quantile scaling methods used

The essentials of the approach used for mean scaling are illustrated in Figure 1, below. For details of which variables have been scaled in this way, see the table of variables on the Application-ready data page.

The steps for producing a mean scaled monthly time-series.

Production of future daily time-series uses the same approach but at the final step, the monthly change value applied is that for the month corresponding to the historic date. For example, in the example shown in Figure 2, a July daily value from the observed data is scaled by the projected change for July. 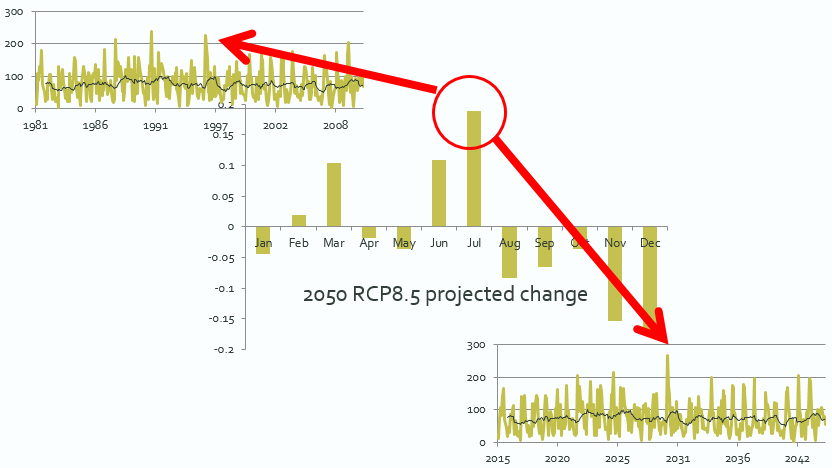 Quantile-quantile scaling is a modification to the delta change technique that captures important changes in daily variance (see the Technical Report ). For most climate variables, this is not a significant factor, but for daily rainfall it is. Climate models indicate that extreme daily rainfall intensity and frequency is likely to increase, even in areas where mean rainfall shows little change or a decrease. This represents an increase in daily variance. Capturing this expected change in extreme events in application-ready datasets is very important for future planning. Therefore, quantile-quantile scaling has been used in the production of future daily rainfall data. The quantile-quantile scaling method used for Climate Change in Australia is significantly more complex than mean scaling. 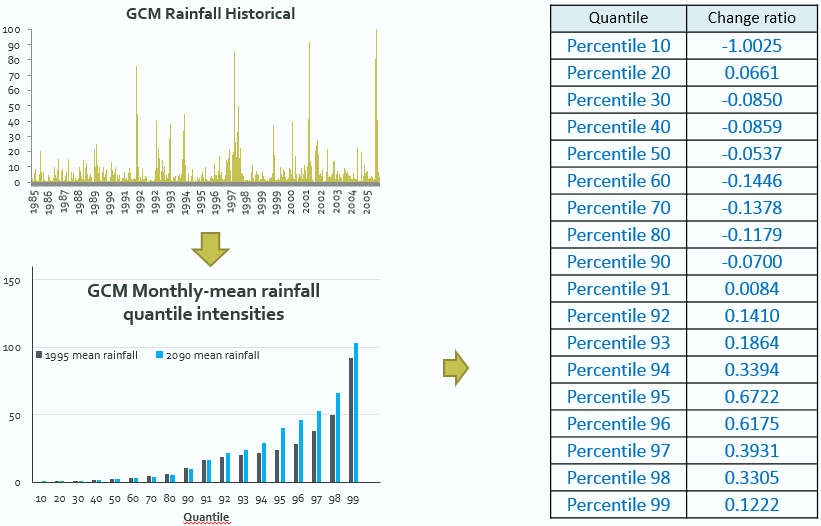 Fig.3. Step 1 of quantile-quantile scaling. GCM simulated historic daily rainfall data (top left) are 'binned' into 19 quantiles (the 100th percentile is not shown). The same is done for the model's future projected times series (bottom left). The change from historic to future is calculated for each 'bin' or quantile (right). 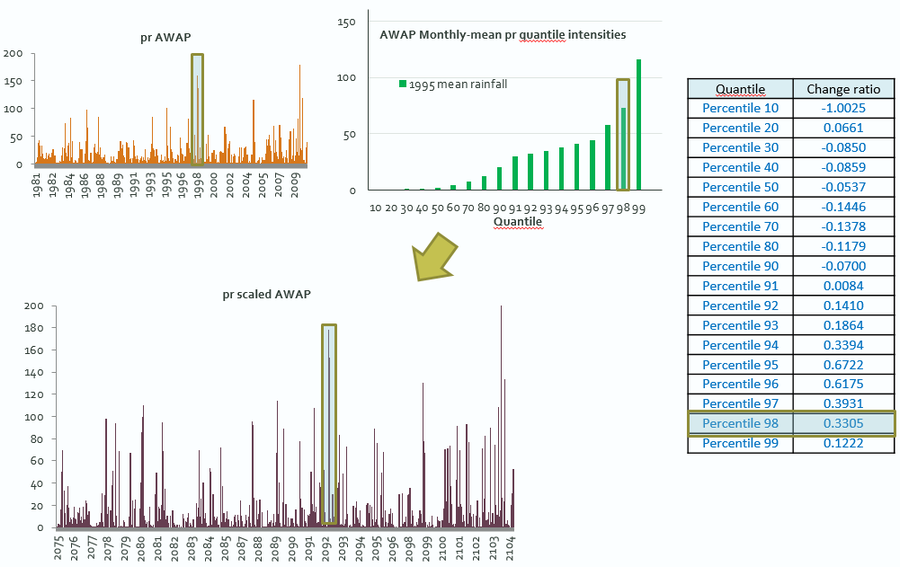 Important notes regarding the time-series datasets