Changes in the water content of the upper several metres of soil ('soil moisture') with climate change may have an impact on energy system infrastructure. Two potential impacts are explored here:

For both of these applications, reduced soil moisture may reduce the result in reduced safety or reliability.

Historical soil moisture observations were obtained from the Australian Water Outlook. Figure 1 shows the deep soil moisture extreme values observed across Australia once a year, once every five years and the more rare, wetter periods that occur once a decade.1

Figure 1. Spatial maps of soil moisture (mm) ARI (based on the 1976 to 2005 averaged period)2 for the deep soil (1 m to 5 m) from the Australian Water Resource Assessment (AWRA) model driven by AWAP observations.

What Did We Find?

Soil moisture is projected to decline across much of eastern NSW, although there is very high variability between sites and interannual variability is much more significant than the trend (Figure 3). Across northern Australia, there seems to be a wetter trend related to increased rainfall for the region under current climate projections. Across inland and southern parts of the country, there seems to be a slight tendency towards a drying scenario. It is notable that there is no significant difference between projections for RCP4.5 and RCP8.5. 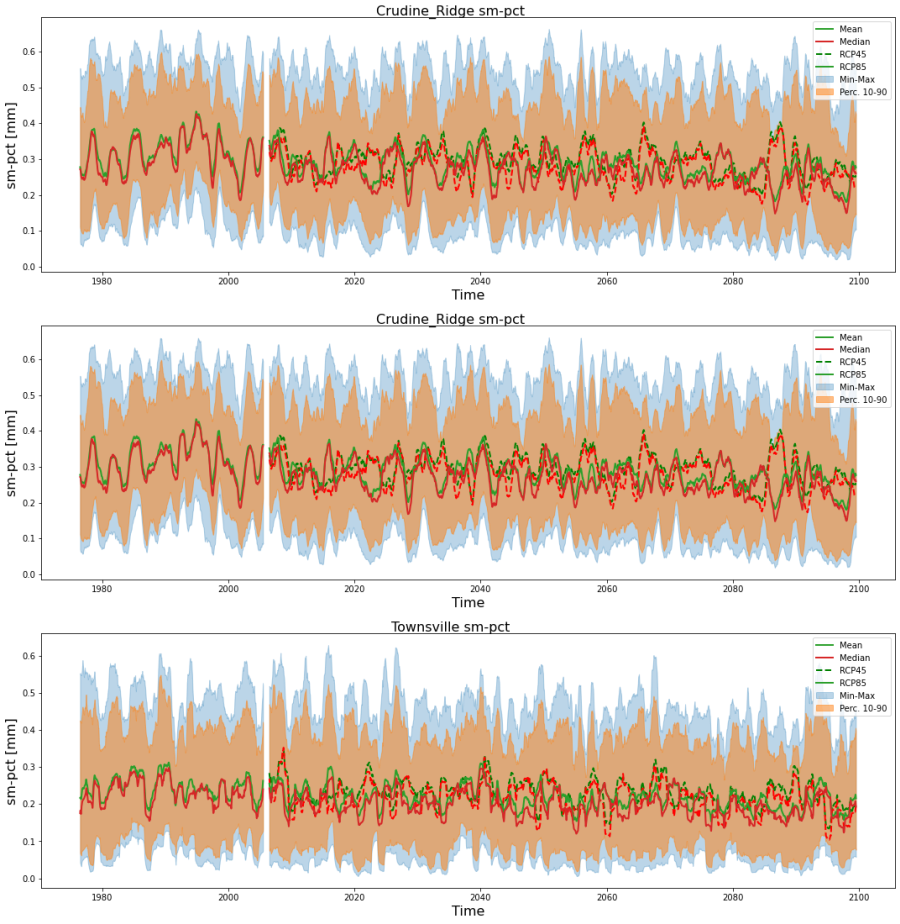 Figure 3. Time-series of the deep (1 m to 5 m) soil moisture content at (a) Sydney (top) and (b) Crudine Ridge (middle) in the eastern central tablelands and Townsville (bottom) showing the historical values (left) and projections (right). This analysis shows both RCP4.5 and RCP8.5 and uses ensemble model output for extreme and quantile range.

However, the climate projections suggest that long-term trends are insignificant compared with inter-annual variability across most of the national electricity market. This means the long-term climate change is not likely to present a significant increased (or decreased) risk to either thermal buffering of underground power lines, or to the ability of current grounding systems to protect against lightning strikes relative to current risk.

2 Although the 1986–2005 period is used as standard for ESCI data sets as the standard reference historical baseline (consistent with Climate Change in Australia), the National Hydrological Project uses a climate baseline of 1976–2005.